“Brian Stone has got that magical ability to engage with audiences. It's that undefinable quality that sets great entertainers apart from competent musicians.”

Brian Stone is a lively, original singer songwriter known for engaging, entertaining performances of modern, high energy folk music. Fun and energetic, with masses of crowd participation, his catchy, original songs strike a chord with audiences of all ages and have gained him a rapidly growing fan base.

From the moment he hits the stage crowds are encouraged to get involved. Brian's energy, enthusiasm and sheer love of performing is irresistibly infectious and the audience quickly feel part of the show. He takes us on a journey through songs of joy, sadness, hope, love, piracy and partying, singing and dancing along the way. After the show people say how much they love feeling immersed in the show, the excitement and the happiness.

After hundreds of festival appearances, he now commands main stages and headline shows. He's consistently attracted large crowds, notably at Beautiful Days, where he built one of the largest Bandstand crowds seen in recent years, and Bearded Theory where he's packed out one venue year after year. Collaborations have led to many popular duo and trio shows and a hugely successful full band debut performance at Lakefest in 2019.

His latest album "Fear The Flames" was released to a sell out crowd in April 2022 and follows debut album, "Master Of None" (Review) ) and a further 4 live and studio EPs.

A string of supporting roles for the likes of 3 Daft Monkeys, Ferocious Dog, The Leylines & Leatherat has seen him perform venues as large as the O2, Oxford. Whether in a small bar or on a big stage he always manages to relate to audiences and maintain that intimate connection. He has also taken his act into Europe and the Far East.

Includes The Circle, a brand new track inspired by Boscawen-ûn stone Circle on the Lands End Peninsular of Penwith in West Cornwall. The song is about finding your way in an unfamiliar landscape (physical or mental), the myths that grow up around those - like Cornish Piskies - and connections to our ancestors in the old places through bardic and

Includes The Circle, a brand new track inspired by Boscawen-ûn stone Circle on the Lands End Peninsular of Penwith in West Cornwall. The song is about finding your way in an unfamiliar landscape (physical or mental), the myths that grow up around those - like Cornish Piskies - and connections to our ancestors in the old places through bardic and musical traditions. It features a beautiful fiddle accompaniment by Boscawen resident Frank Davey.

As well as remixed and remastered versions of all three lockdown singles there is a completely new recording of Child of the Barrow Downs, the very first track on my debut EP, which takes the song to a completely new place with a mellow, haunting sound evoking the landscapes and sites of our ancestors.

(Jack Of All Trades) Master Of None

Fear The Flames is an 8 track romp through tales of medieval injustice, piracy, apocalypse, far flung Utopia, inspiring women and what might make you happy. 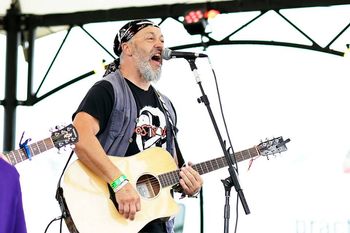 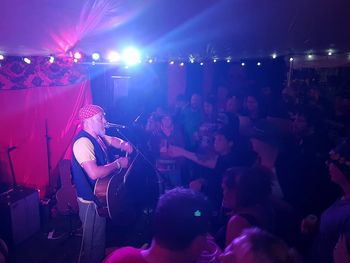 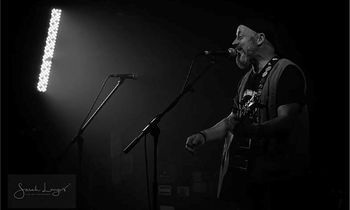 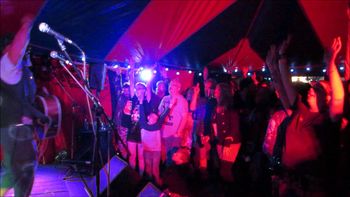 “I have booked Brian Stone for all four Mac-Stock festivals since 2016. Brian's personality, charisma on stage and his ability to relate to any audience separates him from the wannabes. The audience love his wit, warmth and cannot resist his infectious call to dance and singalong with him. Book him; you won't regret it.”

What folk say about the show:

“Brian Stone is musician with bags of charm, enthusiasm and has a crowd magnetism that is a delight not to resist. His rumbustious eclectic mix of modern folk is just a joy to be part of.”

"So good I couldn't sit back down"

“I've never lost myself dancing to one man and a guitar before!”

"A wonderful, positive troubadour, who entertains and shares his music with his audiences wherever he is, be it on a festival stage or in the corner of the pub!"

“so good and his stories made the songs resonate beyond amazing”

"Brian was excellent at the Essex’s Wildfest, roused the crowd even in the rain we sang, fantastic atmosphere!!"

""great guy with a heart of gold love his music"